Kevin Pietersen has surprised everybody with his sudden decision to retire from international limited overs cricket. 31 year old Pietersen made this announcement 4 months prior to the World T20 in Sri Lanka where England have to defend their title. Kevin Pietersen is one of the mainstays in limited overs cricket for England and the decision is being criticized by most. But the decision looks like a masterstroke where Pietersen has clearly indicated his priorities and probably the priorities of other cricketers too in the future. 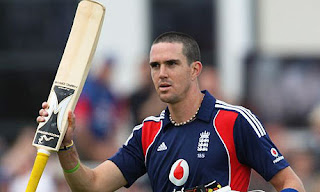 At present cricket is going through a phase where cricket purists are billing test cricket as the ultimate form of cricket which cannot be compared with T20 or One day cricket while the masses are loving T20 particularly the IPL. In the middle of all this Pietersen, member of the no. 1 test team in the world has decided to continue playing test cricket but stop playing one day and T20 cricket but at the same time he has not decided to retire from the IPL so in a way he has decided to continue to play the format loved by the people and also earn the big money that IPL provides.

Kevin Pietersen has made both the cricket purists as well as his bank accounts swell with pride. Cricket enthusiasts will boast about how Pietersen ditched ODI and T20 for the ultimate form of cricket, i.e. Test cricket while Pietersen will be busy making money from the annual affair IPL and will also gain respect as a middle order batsman of the no. 1 test side in the world.

So there is no doubt that the retirement call from Kevin Pietersen is no less than a masterstroke. And maybe upcoming players would also go this way. Test cricket will always be the most respected one while T20 will retain its mass appeal. In the middle of all this its the the ODI's that are bound to suffer.
Posted by Vaibhav Sharma at 00:20 9 comments

The IPL 2012 concluded this Sunday as Kolkata Knight Riders for the first time lifted the title by defeating 2 times and defending champions Chennai Super Kings by 5 wickets at the Chepauk. This year's IPL saw many close matches, last ball finishes and exciting contests between bat and ball. Also several unknown names came up and performed brilliantly to become household names across the world. Lets have a look at some of the upcoming superstars that were gifted by DLF IPL 2012.

1. Ajinkya Rahane- This technically correct young batsman of Rajasthan Royals scored tons of runs in the Ranji Trophy the previous season but it was the lucrative IPL 2012 that forced everyone to notice this wonderful player. Rahane in the initial stages of the tournament held the Orange Cap. In 16 matches this season, Rahane scored 560 runs at an average of 40 with 1 hundred and 3 50's at a strike rate of around 130. Among the hard hitting batsmen in the IPL, Rahane showed how you can score runs in T20 even by nudging the ball here and there and playing technically correct shots. Rahane had impressed even when India played the one day series against England. Now he has caught the eye of selectors again and hopefully he will find a place in India's next assignment. 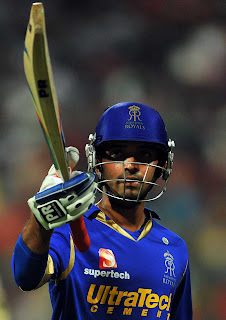 2. Sunil Narine- He is the mystery which could n't be solved even by the great man Sachin Tendulkar. Narine was the most impressive bowler in IPL 2012 and was one of the main reasons why Kolkata Knight Riders lifted the title. Narine was a completely unknown player 2 months back but the way he foxed every batsman in every game was what that impressed everyone. In 15 matches this season Narine took 24 wickets at an average of 13.5 with a wonderful economy rate of 5.47 with a best of 5-19. In almost every game Narine picked up 1 or 2 wickets and conceded only around 20 runs. These figures are brilliant even in one day cricket let alone T20. West Indies would be very pleased to see this young man and he would hopefully join the Windies team and make their bowling attack a strong force to reckon with. Windies badly need a good spinner and Narine might just be the man they needed. 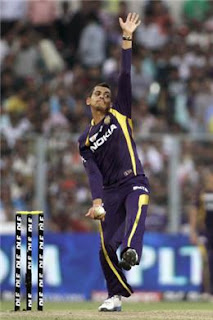 3. Mandeep Singh- The Kings XI player was the winner of the upcoming young player award of DLF IPL 2012. The young man played 16 matches scoring 432 runs at an average of 27 with 2 fifties and a best of 75. For the kings XI he provided stability in the middle order and kept Punjab in the hunt for a play offs berth till their last game. The Punjab team lacked big superstars but players like Mandeep Singh ensured that their team are no pushovers. Mandeep has the right kind of temperament needed for competitive cricket and has a sound technique too. We can certainly hope to see this man getting laurels in the India colours. 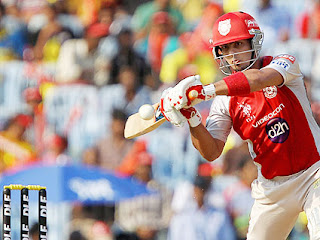 Despite all the controversies one must never forget that IPL is a cricket tournament and is a platform for young players all over the world to rub shoulders with the best in the business and showcase their talent. The best thing about the IPL is that every year it gives us new superstars like the above players who more often than not end up having successful stints with their national sides.
Posted by Vaibhav Sharma at 02:19 4 comments

Delhi Daredevils have failed to make the finals of the DLF IPL 2012 as they lost the 2nd qualifier against the Chennai Super Kings. Delhi Daredevils who were the table toppers this year looked like they were short of big match temperament as they made many strategic mistakes in both the playoffs particularly in the 2nd qualifier. And you can't afford to make such mistakes in the knockout stages. 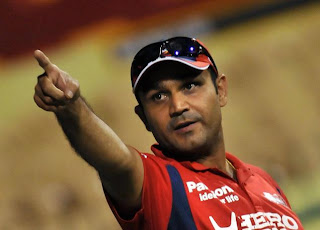 Mistake no.1- The first big strategic mistake they made was in the first play off against the Kolkata Knight Riders. Chasing 163 runs for a win, they sent in Ross Taylor at no. 7 when only about 3 overs were left and Delhi needed 43 runs in those 3 overs. Now I completely failed to understand why they sent in such a good player like Taylor so late. Yes Taylor has not been in the best of forms but still a good player could have made a difference only if he had a decent number of balls to get in and score. Even more surprising was sending Negi and Rao ahead of Taylor and Pathan. And as a result Delhi could not chase the target.

Mistake no.2- Now in the 2nd qualifier a strong team like Delhi were expected to rectify the mistakes they made in the 1st qualifier. But instead they committed some more bloopers. Before the beginning of the match, they themselves reduced their chances of winning by deciding to leave out DLF IPL 2012's highest wicket taker Morne Morkel. Now how can you do that? Your best bowler, in fact the best bowler of the competition has been left to warm the bench. And the result was that Delhi allowed Chennai to score 222 runs. Irfan Pathan was reportedly injured so to replace him they needed an all rounder and the available all rounder was West Indian Andre Russell. And then for that they had to leave out a foreign player and so Morkel was left out. But is n't it wise to play your best bowler rather than a player who has played just 3 matches and has not done anything extraordinary in the competition so far. On the flat Chennai track, Morkel would have posed a greater challenge to the Chennai batting line up than any other bowler be it Aaron, Umesh yadav or Russell.

Mistake no. 3- Can you imagine Sehwag at no. 3? Certainly I can't. For a player who has batted at the no. 1 position for a decade and has opened the innings in all his IPL outings. I failed to deduce why Sehwag sent himself at no. 3. Yes Jayawardene is a good player and opens well too but was n't Sehwag in red hot form in this tournament a week back? Sehwag is that kind of player who could have set the tone for a mammoth chase by hitting a boundary off the very first ball. But for some reason he thought that he would be better off batting at no. 3. That to me showed that Delhi were not very confident going into this qualifier. They were doing too many things and changes and in the end that proved detrimental to their hopes of making the final.

Delhi have squandered a golden opportunity to win the DLF IPL 2012. They were one of the best teams this year and to not make the finals even after getting 2 chances is a shame to say the least. And Delhi Daredevils have only themselves to blame.
Posted by Vaibhav Sharma at 05:28 5 comments